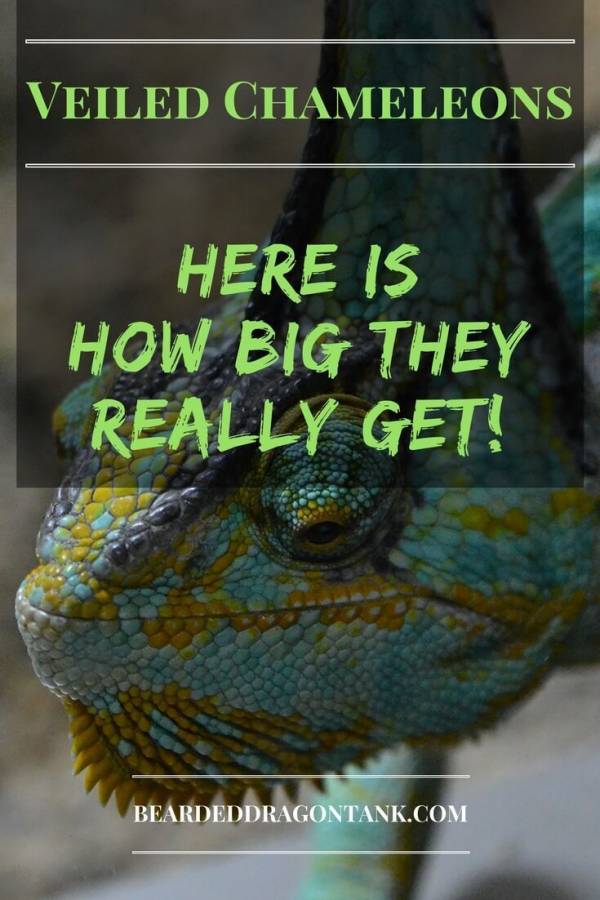 “They grow up so fast!” Ever heard that from your parents? Be prepared to say that as well if you are a veiled chameleon papa or mama. Chameleons eat a lot when they are babys and therefore grow very quickly. If you got a very small veiled chameleon baby and ask yourself right now, how big do veiled chameleons get? – you definitely came to the right place.

Chameleons in general are great. Probably my favorite type of reptile, even though I love all reptiles. Of course, you got to be prepared for your chameleon. You need to know how big it gets in order to create the right environment for it. In this article you are going to learn both, how big veiled chameleons can get and which enclosure you should get for it.

Quick Navigation
A Full Grown Veiled Chameleon
Veiled Chameleon Growth – How Long Does That Take?
What Tank Size Do You Need?
Should You Fear This Big Chameleon?
Conclusion

A lot of breeders and pet shops sell veiled chameleon right after they hatched. Those little babys are most probably the cutest thing you have ever seen. They aren´t bigger than a fingernail and it seems like their eyes are the biggest parts of their entire body.

However, they will grow up fast. Trust me, I know from experience. They are so small and cute now, but in two to three weeks they are probably as long as your finger … but still cute as hell, of course.

So if you want to get a really big chameleon, go for a male veiled chameleon.

Veiled Chameleon Growth – How Long Does That Take?

As you already know, veiled chameleons grow really quickly at the beginning. Although they slow down a little bit after a couple of months. Your veiled chameleon will reach the full size within 12 months. However, as you might know, reptiles grow their entire life. That´s why they shed over and over again – but after 12 months, you are probably not be able to tell a difference in size anymore. 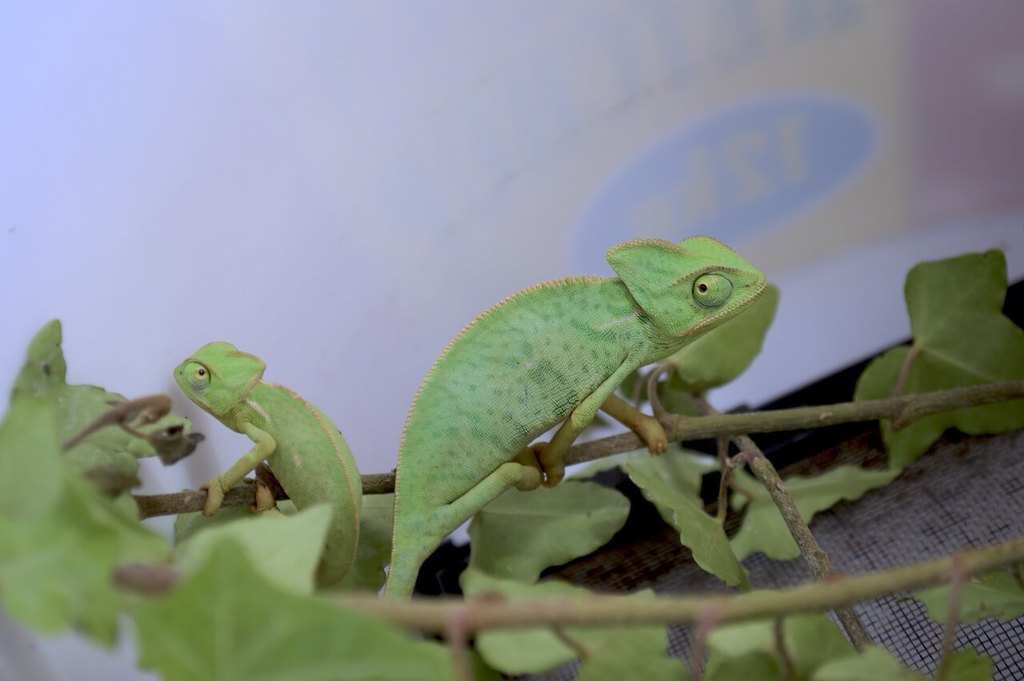 What Tank Size Do You Need?

First of all, it does not have to be a glass tank. If you reach the right temperature and the right humidity you can also use a ReptiBreeze like this. Chameleons in general need a lot of fresh air, that´s why that enclosure or another tank with a good ventilation system are crucial.

Chameleons do not run around on the ground a lot. They climb in trees all day, that´s why you have to get an enclosure that is very tall, which is great, because it doesn´t take much space.

The enclosure should be around 40 inches in height. It would be great if the length would be 40 inches as well, but you can go a little bit smaller than that. This enclosure is definitely big enough for your full grown veiled chameleon and it is pretty cheap, too.

The ReptiBreeze is a perfect enclosure for veiled chameleons! 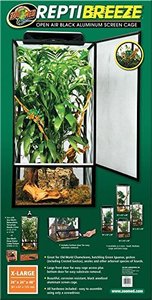 If you want to get a smaller enclosure first for your baby veiled chameleon, I recommend this enclosure. It´s not expensive at all it will probably last for the next 6 months or more, depending on how fast your chameleon grows.

If you need help with seeting up a veiled chameleon enclosure, read this!

Should You Fear This Big Chameleon?

Since veiled chameleons get pretty big, you might be worried that this big chameleon might be able to hurt you seriously if it bites you. At least, that´s what I was worried about when I started with reptiles, lol.

Veiled chameleons can become a little bit grumpy as adults. However, they are pretty slow and they show you exactly when they want to be left alone. They will hiss at you, change their color, open their mouths and show their full body from the side to appear bigger. Even when showing this behavior, it still doesn´t mean that it will bite you. Most veiled chameleon just “punch” you with their nose without biting.

So you shouldn´t worry about it

Veiled chameleons get pretty big, but because of the fact that they climb in trees all day, you don´t need a very big tank and therefore it won´t take much space in your room.

Females become smaller than males. So choose the gender depending on your preferences.

To end this article appropriately, veiled chameleons are awesome. If you don´t have one and thinking about getting one right now, go and get one. I love them and I am sure you will too.

If you have any questions, just leave a message in the comment section below and I will get back to you as soon as I can.