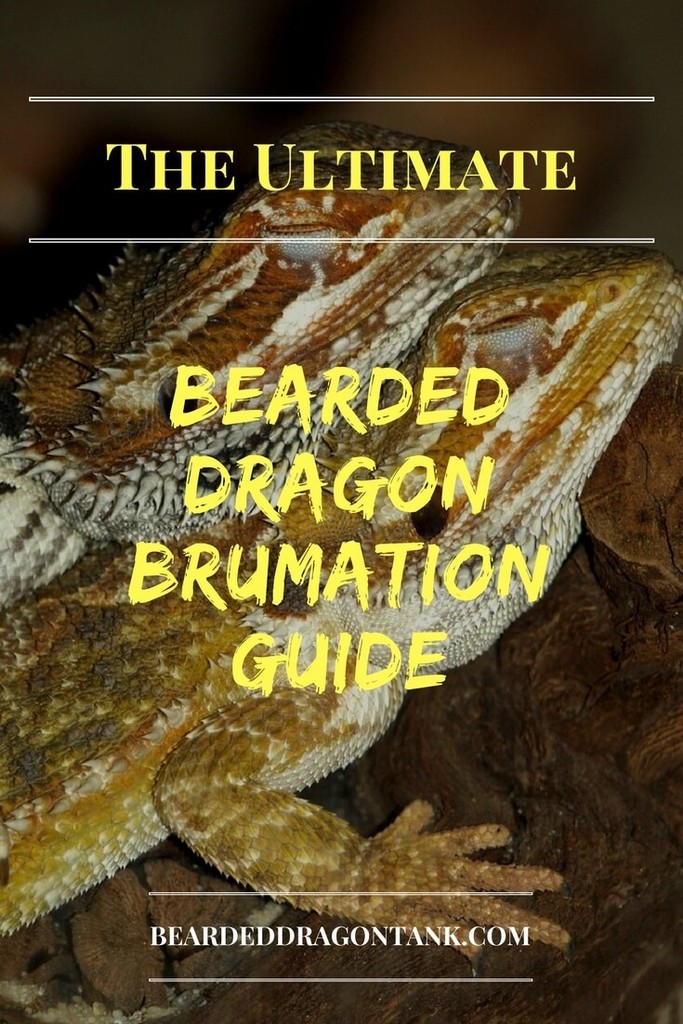 When you look outside, you’ll see greenery changing in a warm gradient of red and yellow as trees shed their leaves. It is fall, a universally recognized sign of the approaching winter. But personally, I think of it as a preparation for dormancy. Just like the trees, many warm and cold-blooded animals will enter a period of hibernation while the weather is harsh—a necessity for their survival in the wild. However, even in captivity, our pets feel the instinct to slumber the winter away. Since we have no choice but to cooperate, this article will go over Bearded Dragon Brumation.

In the reptile community, most people refer to bearded dragon hibernation as “brumation,” which is the technical term for the period of dormancy cold-blooded animals experience. But, do bearded dragons hibernate or brumate? Is there really a difference? Think of it like this: they’re two slightly different types of the same process.

In each process, a metabolic slowdown occurs, allowing the animals to live off nutrition already reserved in their bodies. They each go dormant in the fall or early winter and rise when spring returns.They stay in what is called a “hibernaculum,” which is a fancy word for any insulated and hidden area (like rock crevices, leaf litter, or logs) that an animal chooses to hibernate in.

But, there’s one key difference between hibernating and brumating. Reptiles and amphibians don’t go into a full “sleep” like warm-blooded animals might. Instead, they go into a suspended state, remaining semi-aware of their surroundings. This conscientious state allows them to bask and re-hydrate during rises in winter-time temperatures. Makes sense, right?

In captivity, a bearded dragon is receiving contradicting signals from its environment. Their instinct may say it’s winter, while their enclosures are as warm as summer. This causes every dragon to react differently to winter. Some go through full brumation cycles, some don’t brumate at all. One dragon might sleep for a month, while another goes in and out of brumation the whole winter.

However I will show you below how you can make sure that the brumation process is very clean and healthy since you should definitely give your bearded dragon the chance to brumate thoroughly. Brumation is very healthy for them.

The symptoms that come along with the cold season can be alarming if you don’t know what caused them. Take it from me—I went into a full panic the first winter with my beardie. He was three years old when I bought him, and seemed perfectly healthy. But suddenly, he stopped defecating, eating, and became very lethargic. I assumed it was impaction. After a couple days of fruitless attempts to pass the “impaction,” I took him to a local veterinarian, leaving with a $300 bill. But once we got home, my dragon continued to go without eating and passing stool . This persisted until—you guessed it—summer came around. It was harmless (but tricky) brumation the whole time.

While you should be wary of serious behaviors like this, don’t assume the worst. Symptoms that start around fall or winter could always be hibernation. If your dragon’s condition stays stable with no noticeable signs of weight loss, then you’re probably in the clear. 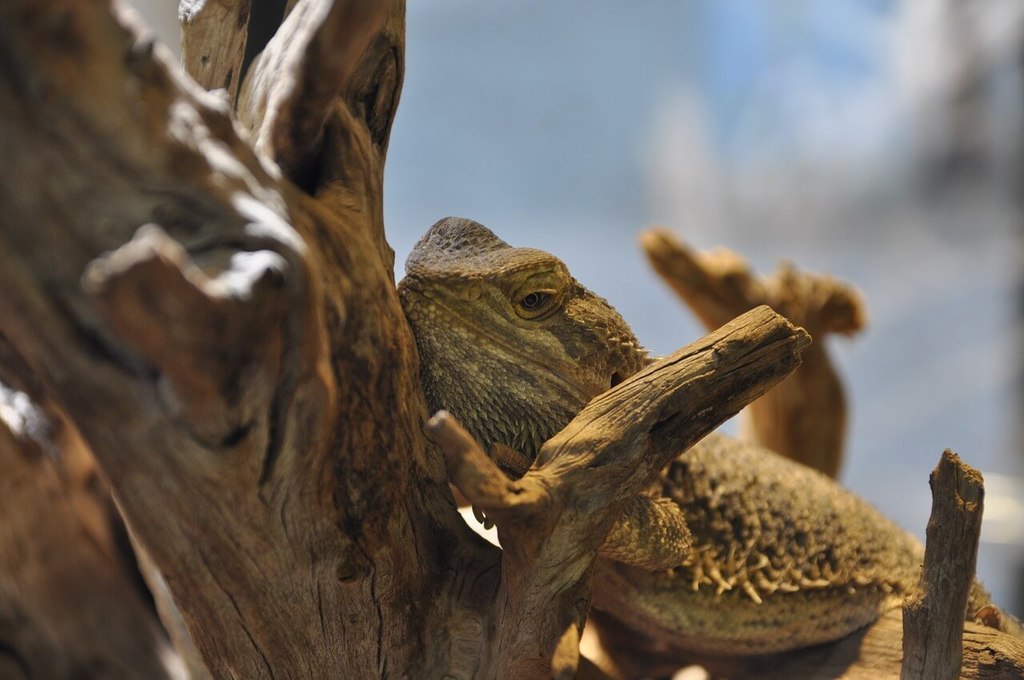 When do bearded dragons hibernate?

Bearded dragon brumation can be unpredictable and sporadic. It mainly occurs in fall or anytime during the winter. However, there have been cases of bearded dragons brumating when it’s winter in Australia, regardless of their current location’s weather. Generally, bearded dragons don’t start brumating until they’re around a year old. However, younger dragons may go through semi-brumation.

How long do bearded dragons hibernate?

In the wild, they will brumate through most of the winter, only emerging when they feel the sun rising in spring. But, captive bearded dragons may brumate for a month to three months. Remember, every dragon is different!

Now that you know what your bearded dragon will do, it’s time to consider your role in things. Hibernating can be hard on a reptile’s body. As his keeper, it’s your responsibility to mitigate the risks of brumation as much as possible. A healthy bearded dragon will make it through just fine, but once your dragon’s body goes dormant, he’s at the mercy of any preexisting parasites or diseases. 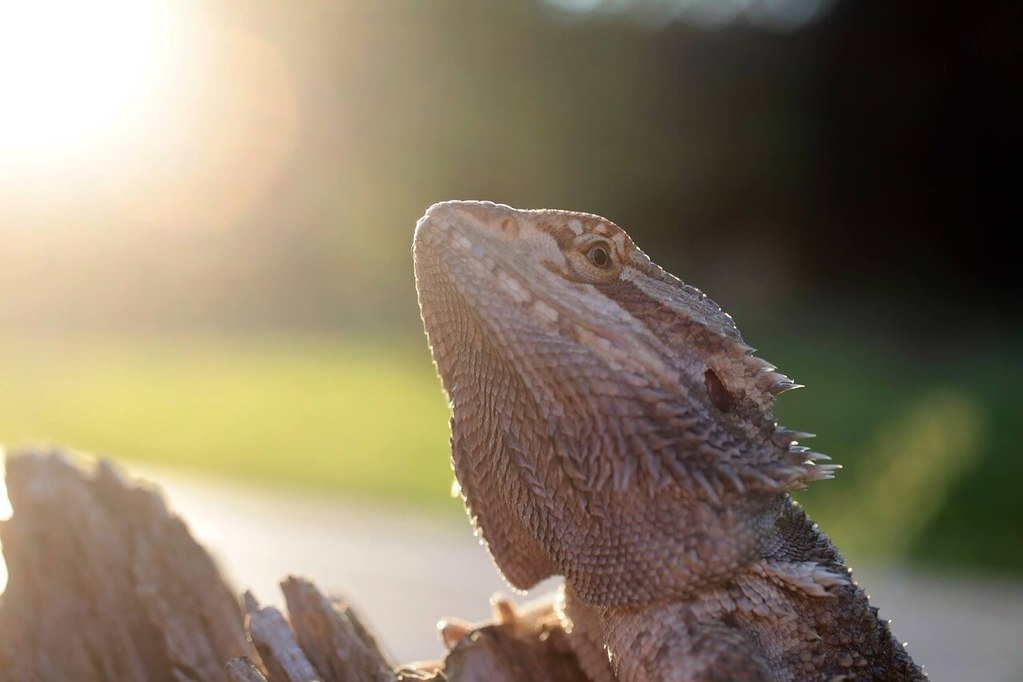 Preventing complication during brumation comes down to this: How healthy was your bearded dragon before going into it? Many agree that getting a check-up at the vet is beneficial before brumation starts. This means you can easily eradicate parasite infections, which are capable of getting out of control while the dragon’s immune system is down in brumation, and be sure that the dragon isn’t sick with any other disease.

For those who can’t afford yearly checkups, watch your dragon closely while he hibernates. A dragon who experiences significant weight loss will most likely require treatment for parasites. To check for parasites, your local vet should offer fecal exams, which are relatively inexpensive. The clinic can sell you the appropriate antibiotics, or you can research treatment yourself.

​You should stop feeding any meat around two weeks before initiating the brumation. I know this sounds crazy, but you need to make sure that the ​intestine is empty during brumation.

Around one week before the brumation you should stop feeding completely, so no greens and no meat.

Start to lower the temperature in your tank around the beginning of November. You will probably already see signs that your bearded dragon is ready to sleep around that time. For example your bearded dragon might not be very active anymore and tries to burrow itself when active.

Over a period of two weeks you should lower the temperature in your tank to 68 °F or less during the day and to around 60 °F or less during the night. To do that you need to shorten the day period. So your light should be switched on for only 10 hours instead of 12 hours at the beginning of this process. You can then shorten the day period more and more. At the end you can just keep the lights off. Your beardie will be most probably sleeping all the time by the end of the first week.

Heat lamps can be kept off during the complete brumation, however you can turn on any light sources during the day for 6 – 8 hours to simulate day and night. 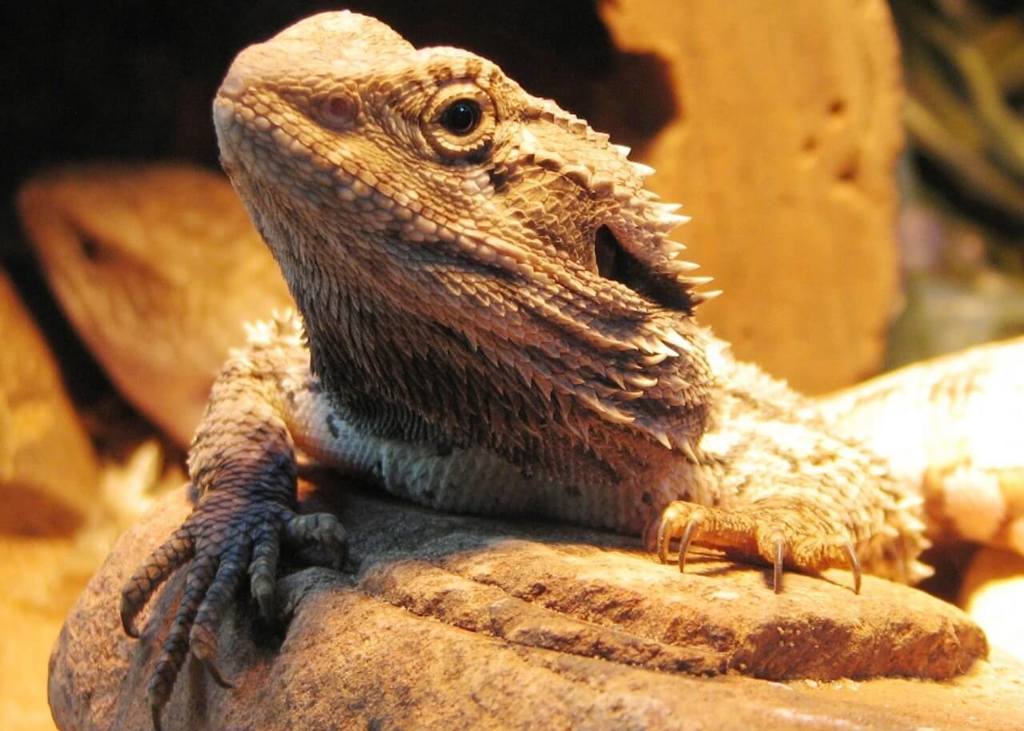 Your bearded dragon will show you when it is time to switch the heat on again. Most of the times this will be after two months. Your bearded dragon is more active again and maybe it will do some glass surfing again. Then you should do the process above backwards to slowly increase the temperature and day periods again.

Can You Prevent A Bearded Dragon From Brumating?

Brumation can be interrupted by frequent handling and keeping temperatures steady may shorten the length of time your reptile hibernates—and maybe dissuade them from it altogether. But, most likely, a bearded dragon will brumate how he wants to, regardless of what you do (most probably around November). Interrupting brumation may even cause the dragon to stay dormant longer. If your bearded dragon is sleepy, and you just don’t want him to nap the whole winter away—be patient. Bearded dragons should be allowed to brumate in whatever way is natural for them.