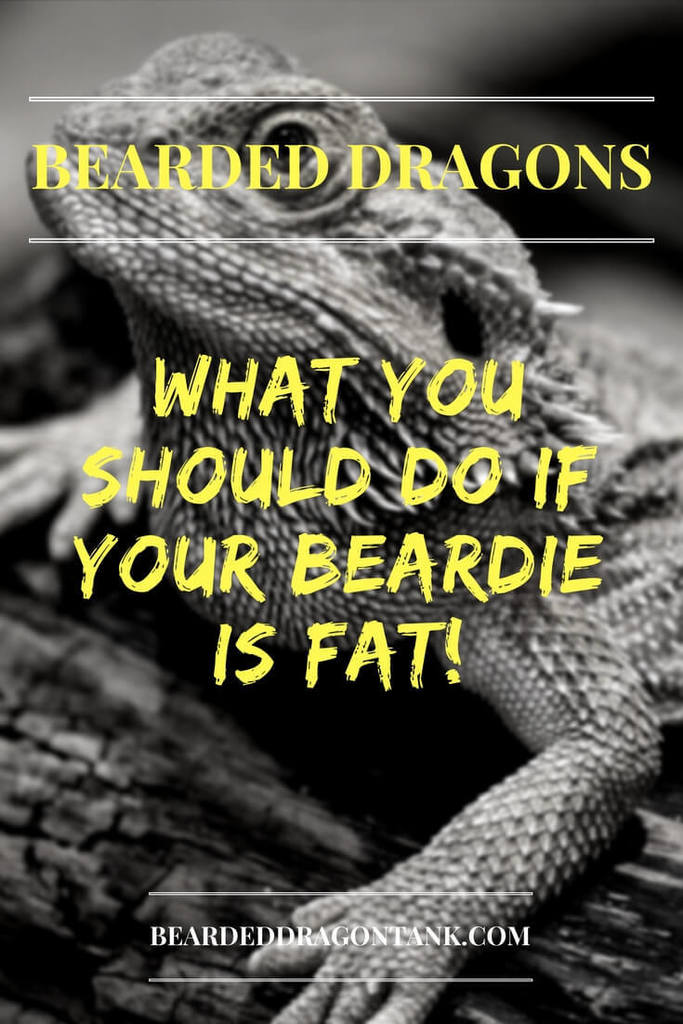 Do you know that feeling: You just had a great meal, it was amazing, your favorite food so you really ate way more than you should have. How do you feel after that? Right, you are tired as hell and besides that you can´t move anyway since you are afraid you could explode.

This is exactly the feeling most of the bearded dragons in captivation have every day (except that part with the explosion…probably). Why is that? Well, most reptile keepers simply do not know how their bearded dragon should be fed.

Don´t get me wrong, I am not trying to be mean here. Most of the reptile keepers today are simply misinformed. They don´t do it on purpose, of course. All they want is their bearded dragon to be happy.

One of those misinformed reptile keepers was Angela. Angela is one of my clients. She purchased my bearded dragon diet plan when her bearded dragon, Smaug, got very sick.

However before I tell you what was wrong with Smaug, I want to tell you how you can check if your bearded dragon might be too fat.

Quick Navigation
Is Your Bearded Dragon Too Fat?
Smaug Had A Very Dangerous Disease
A New Diet For Smaug
Exercise Is Important For Bearded Dragons
Smaug Is Fine Today

Is Your Bearded Dragon Too Fat?

Bearded dragons get fat pretty quickly. That is a normal function of their body. In the wild it happens that they do not find food for a couple of days. In order to survive, they have to get energy from their fat depot until they find food again.

Some also say that you can tell if they are fat by their belly and by their chin. You know, if a bearded dragon is extremely fat, sometimes it can happen that they have a huge chin or a big belly. However a big belly can often times be a sign for a gravid female. It wouldn´t be wise to put a gravid female on a diet, as they need energy, obviously.

So that´s why I recommend to only look at the tail´s base not at the belly, not at the chin. In case of doubt, always visit a vet. 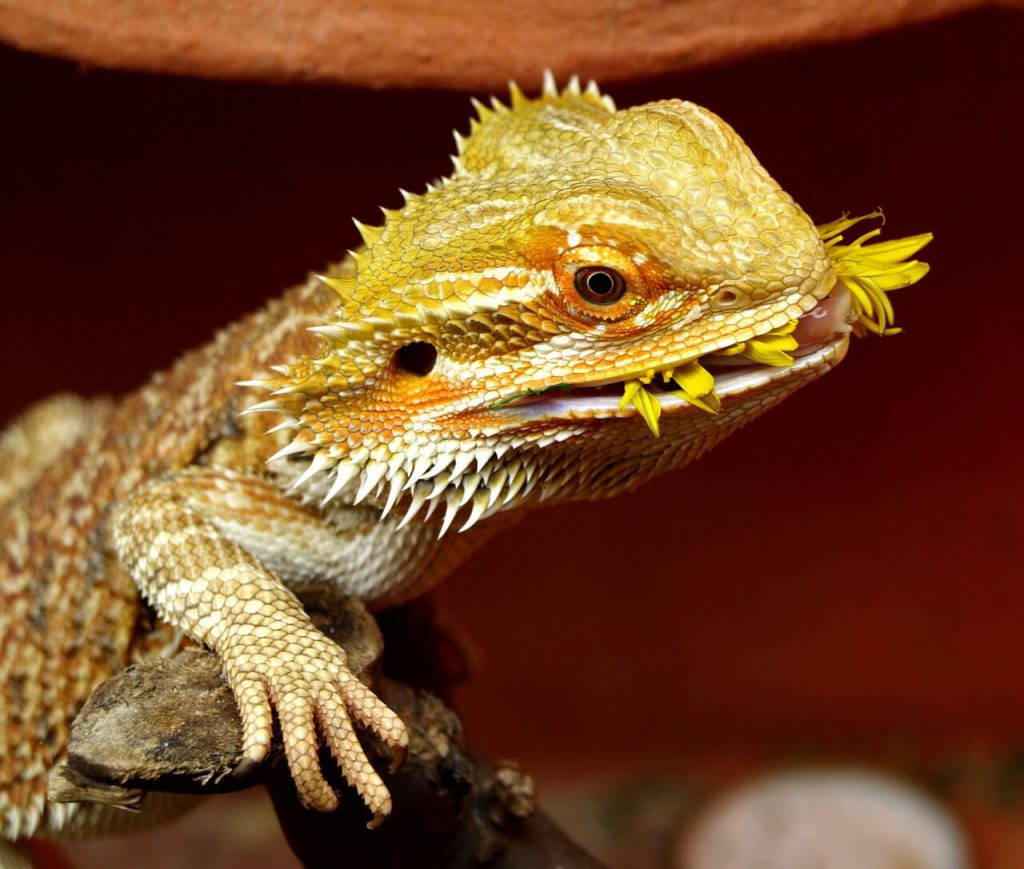 Smaug Had A Very Dangerous Disease

Okay now, back to Angela and her little Smaug.

So Angela told me that she felt that Smaug might be sick. She told me that he was not active at all and that he didn´t even wanted to hunt his food anymore. He was just laying there all day without moving once. However he still ate.

When she told me about how much and how often she fed Smaug, I knew that Smaug could be sick already. So I recommended her to visit a vet.

A New Diet For Smaug

In order to save Smaug we had to create a special diet plan and even a workout plan for him (Almost like he is human, lol).

We changed the diet completely. Smaug had a way too high protein intake before. That came from feeding the wrong food and from feeding too much food.

So we went from a lot of mealworms, super worms and all those addictive little bearded dragon treats to a couple of dubia roaches, locusts, crickets and so on per week.

Further we had to make sure that Smaug ate more greens like dandelion, chickweed and so on. In fact he should eat way more greens than meat. Like most bearded dragons, especially those who are too fat, Smaug did not want to eat greens and Angela got frustrated as hell, which happened to all of us before. However I told her a couple of tricks to get Smaug to eat his veggies and now he even loves it.

Exercise Is Important For Bearded Dragons

This is what I always preach: bearded dragons in captivation do not get enough exercise. They live in too small tanks, they don´t hunt enough, they can´t dig because most people use newspaper and repti carpet as substrate – such a life is actually really bad for beardies. (Here is a better substrate by the way)

Smaug had to work for his food. For that Angela took Smaug out of his tank when he was really, really hungry. She put Smaug together with a transparent plastic box of crickets on the floor and watched him completely freak out trying to snap the crickets. However Smaug could only push the box through the room when he tried it, obviously, and so he had a good running exercise before eating.

This was just one of many exercises Angela did with Smaug. It was important that Smaug´s life would be more active in general. 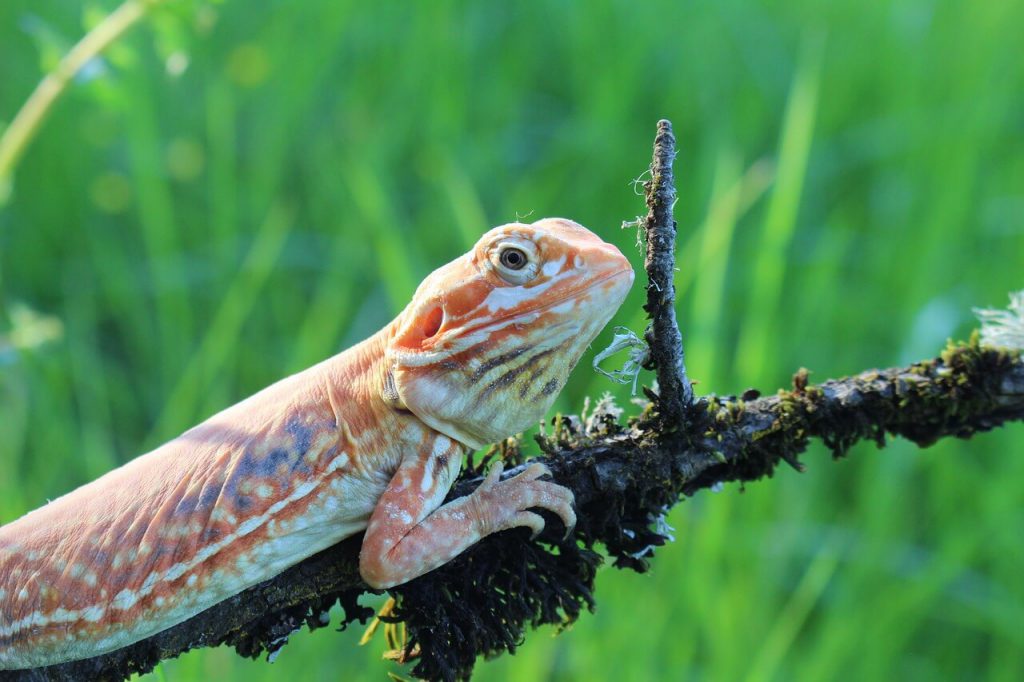 It wasn´t easy at first, especially because Smaug didn´t want to eat veggies. However now, Smaug is a healthy bearded dragon. Angela was so worried at first that she might lose Smaug. Here is what she says today:

thank you so much for helping me with Smaug´s diet. The meal plan is absolutely awesome. My baby Smaug is so active now and it seems like the workouts you suggested are starting to pay off as well. Especially the tricks to get him to eat veggies were great.

My vet says that Smaug is on a good way and looks way better than before.

Thanks Pierre! I Keep you updated!”

You see, Angela feeds Smaug less, she feeds different food and Smaug is getting more exercise and the vet said that Smaug looked way better than before.

Angela doesn´t have to be afraid to lose Smaug anymore and Smaug can simply be a happy and healthy bearded dragon. Awesome!

I almost feel like the fitness trainer of bearded dragons, lol!